While allergies are the most common reason for skin problems in dogs, dogs may be affected by skin parasites, fungus and bacterial infection. Hormonal changes based on age, environment and sex of the pet may also lead to skin problems. As with any other organ, it is best to treat skin problems and itchiness early in order to prevent further discomfort to your pet.

Allergies in dogs are common. Signs such as itchy skin, nasal and eye discharges and sneezing, and/or digestive upsets and/or skin lesions may indicate an allergy is present. Many skin diseases seen in dogs are caused by an allergy.

Cause
An allergy is a hypersensitivity reaction to allergy-causing substances known as ‘allergens’ or ‘antigens.’ Dogs (like people) can develop allergies at any age, and the signs can appear quite suddenly. The most common allergy dogs develop is the flea saliva. The presence of a single flea on these allergic dogs causes intense itching. These allergies are seasonal in climate zones where fleas are eliminated by the cold in winter months — and a year-round problem in warmer climates.

Atopy (atopic dermatitis, allergic inhalant dermatitis) is a pruritic (itchy) skin disease dogs develop in response to inhaled particles such as house dust, molds and pollens. This common form of allergy usually starts at a relatively young age. Rarely, dogs can be allergic to chemicals contained in soaps, waxes, carpets and flea collars. This type of hypersensitivity is known as a ‘contact allergy.’ Also, some dogs are allergic to insect bites and stings. Food allergies usually case diarrhea and/or skin lesions.

Signs
Itching is the primary sign of allergic skin diseases in dogs. The affected skin may appear normal, or red and moist in patches called ‘hot spots.’ Pus and dried crusts are apparent if a bacterial infection is also present. The dog tends to constantly scratch and lick affected areas. Initially, flea allergies are most evident over the dog’s back and near the tail. A dog’s face, feet, chest, and abdomen are more often affected by pollen and dust-type allergies. Contact allergies are seen mostly on the hairless areas of the abdomen and on the bottoms of the feet.

Diagnosis
The dog’s case history helps with the diagnosis. The intense itching and location of the lesions are also helpful in diagnosing the type of allergy present. Response to treatment (flea control) is often used as a method of diagnosis of flea allergy. Trials of special hypoallergenic diets are used to diagnose food allergy. Allergy testing is used to help choose immunotherapy. Blood tests are also available to diagnose allergies, but their use is more controversial. Ask your veterinarian for his or her current recommendations.

Treatment
Allergies can be controlled in most cases, with few ‘cured.’ Antihistamines and corticosteroids may be used by your veterinarian to give your dog relief from the intense itching. In most cases this will stop the self-mutilation. The owner will be instructed to give corticosteroid tablets in decreasing dosages for a few months. Corticosteroids are potent drugs and should not be used carelessly or for long periods of time. The main objective in controlling flea allergies in dogs is to kill the fleas on the dog and in the dog’s environment.

The preferred approach to allergy control is hyposensitization (immunotherapy). In this procedure, a correct diagnosis by intradermal or blood testing is necessary. The dog is then given injections of small but increasing doses of the allergy-causing substance at varying intervals for up to 12 months. Lifelong response may take up to 12 months.

Skin diseases caused by hormonal abnormalities in dogs are difficult to diagnose. The thyroid gland, adrenal glands, pituitary gland, testicles and ovaries all produce hormones. If excessive (‘hyper’) or deficient (‘hypo’), these hormones produce changes in the skin and hair coat. Most hormonal problems that affect the skin produce hair loss that is evenly distributed on each side of the dog’s body. The skin may be thicker or thinner than normal, and there may be changes in the color of the skin or hair coat. These diseases usually are not itchy.

When any of the hormone-producing glands malfunction, they affect other body functions besides the skin. Hormonal skin diseases in dogs can be much more serious than a ‘skin problem.’

Some causes of hormonal skin disease, such as hypothyroidism and adrenal gland problems, can be diagnosed by special blood tests and effectively treated. Others may be more difficult to diagnose and treat. Skin changes related to the sex hormones can be successfully treated with surgical neutering, if this has not been performed previously.

The following information is for your reference only. We suggest that you take your dog to your Veterinarian for a proper qualified diagnosis and the appropriate subscribed treatment.

Cause
Staphylococci (‘Staph bacteria’) are the most common organisms found in bacterial skin diseases (pyoderma’s) in dogs. Fortunately, these bacteria (S. Pseudintermedius) are not contagious to humans or other pets.

Signs
Commonly itchy, yellow pustules are often observed early in the disease, and the dog’s skin can be reddened and ulcerated. Dry, crusted areas appear as the condition advances, along with loss of hair in the affected areas (lesions) and an odour.

All areas of a dog’s body may be involved, but most cases are confined to the trunk. The chin is one area commonly affected. Called chin acne, this condition is actually a deep bacterial infection. Obese dogs and dogs of the pug-nosed breeds are frequently affected by pyoderma in the skin folds on their face, lips and vulva.

Other areas where pyoderma may occur include between the toes and on the calluses of the elbows that mostly affects the abdominal area in young puppies.

Diagnosis
This is usually made from the case history and appearance and location of the lesions. In some cases, it may be necessary to culture the skin (grow the bacteria) and conduct sensitivity tests to determine which antibiotic will be effective in treatment. Most bacterial skin infections in dogs are secondary to another disease such as parasitism, allergies, endocrine (hormonal) disorders or abnormalities in the immune system. Therefore, in recurrent cases, it is important to search for underlying causes. It may be necessary to do blood tests, allergy tests or skin biopsies to achieve a complete diagnosis.

Treatment
Initial treatments may entail removal of the hair in and around the lesions, washing of the whole dog with antibiotic shampoos such as benzoyl peroxide, careful drying and the application of an antibiotic ointment to local lesions, in most cases, antibiotics will also be administered orally for 3-4 weeks. Bandages or a protective collar which prevents the dog from mutilating the lesions may be applied.

Some pyoderma involving skin folds can require corrective surgery. In recurrent cases where testing reveals no definable underlying cause, special staphylococcal vaccines as an alternative to long-term antibiotic treatment can be tried.

It may be necessary to continue treatments such as antiseptic shampooing, antibiotic ointment applications and giving antibiotics orally at home. While most cases respond to treatment, recurrences of pyoderma are common, particularly if treatment recommendations and follow-up visits to your veterinarian are neglected. Glucocorticoid steroids cannot be administered.

Cause
The fungal skin infections of dogs are caused primarily be two species of fungi: Microsporum and Trichophyton. The skin diseases resulting from these fungi are commonly called ‘ringworm.’

Signs
Ringworm is seen most commonly in young dogs. The fungi live in dead skin tissues, hairs and nails. Hair loss, usually in circular patches, may appear. If infected, the center of the patches may have a dry, crusty appearance. The head and legs are most commonly affected by ringworm, although the disease may spread over other parts of the dog’s body if not treated. Dogs may scratch the lesions.

Diagnosis
The appearance of the lesions, the history of their development and the age of the dog are all helpful in diagnosing ringworm. A Wood’s Lamp Test (ultraviolet light) can be used to help diagnose the Microsporum species only. A definite diagnosis can be obtained through a fungal culture — grow the fungi found on the affected hairs.

Treatment
The hair around the lesions is clipped, and special fungicidal shampoos or rinses are used for bathing the dog. Topical lime sulfur and mandatory systemics should be administered.

Public Health Aspects of Ringworm – Ringworm is contagious to humans, particularly to children and to other household pets. Infected dogs should be kept away from children and other dogs and cats until the infection is cures — which can be as long as 2-3 months or more after the treatment begins. Adults should be careful to wash their hands thoroughly after handling an infected dog. If treated early, ringworm is readily controlled in humans. Other household pets should also be examined for ringworm.

Cause
Fleas are the most common parasitic skin disease found in dogs. Mange is another type of skin disease which is caused by mites. There are two severe types of mange: sarcoptic mange and demodectic mange. Ear mites, lice, and ticks are other parasites that affect dogs. Their presence irritates the dog, leading to self-mutilation.

Signs
Sarcoptic mange causes intense itching, loss of hair and crusting of the skin. A dog’s ears, front legs, chest and abdomen are most often affected by sarcoptic mange.Demodectic mange can cause itching. The skin is reddened and scaly, and hair loss occurs in round patches resembling ‘ringworm.’ The face and front legs are most commonly affected, although some cases may be generalized. Generalized demodectic mange is often a sign of underlying internal disease or a hereditary problem. Ear mites cause severe irritation in the ears. Often, an affected dog will scratch the hair off the back of its ears. Ticks, lice and fleas may transmit other diseases, in addition to causing irritation.

Diagnosis
Mange is often suspected on the basis of the case history and the appearance and location of the lesions. A skin scraping test is always performed to aid in identifying parasites. Ear mites, which are barely visible to the naked eye, appear as small white objects. The black debris commonly seen in the ears of dogs with ear mites is a combination of dried blood, normal ear wax and discharges from inflammation. Lice, fleas and ticks can also be seen by close examination of the dog’s skin.

Treatment
Mange is treated by clipping the affected areas and washing them with an antiseptic. Antimite dips are often necessary and may be used weekly or biweekly for several months. Shampoos can be sued before each dip. The dog’s eyes should be protected with mineral oil or eye ointment and the ears plugged with cotton before dipping. Most cases of mange respond well to this treatment. Antibiotics can be administered in cases of mange where infection may be present.

Ear mites can be readily treated Initially, your veterinarian may recommend a thorough cleaning of the dog’s ears while the animal is sedated. This treatment can be followed up with home treatments using special solutions or ointments to kill the mites and prevent infections in addition, insecticidal dips, sprays, powders or shampoos are often used.

Lice, ticks and fleas must be killed on the dog and in the dog’s environment with insecticides. Dips, shampoos, flea collars, sprays, powders, foams and foggers containing insecticides are available from your veterinarian to help control these parasites. 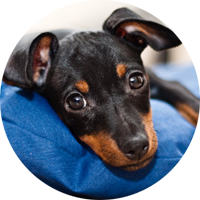 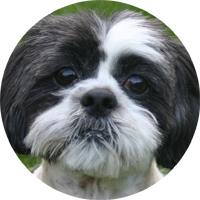 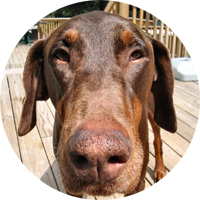 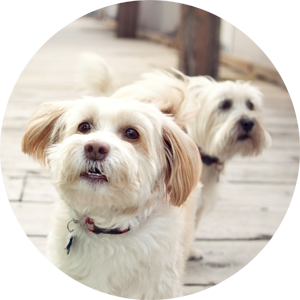