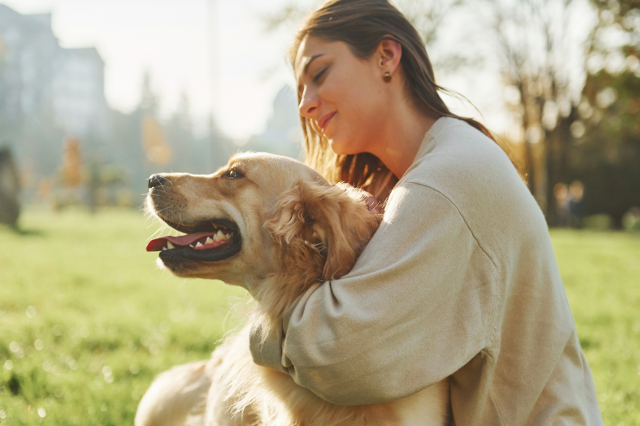 How to Prevent a Pet Tick Infestation

Ticks are no joke! These parasitic insects will latch onto people and other animals and feed on their host’s blood. They often move between different types of animals in each phase of their 2-3 year lifespan. There are a few varieties of ticks, each of which tend to prefer different host animals. There are many varieties of ticks in North America, however only a handful are of serious concern to your pets. Although it’s less common than with dogs, cats are also at risk of contracting ticks and the ensuing potential diseases. For both cats and dogs, the ticks they’re most likely to encounter in BC and the West Coast of Canada are:

Other common ticks found in parts of Canada and North America are Lonestar ticks, Gulf coast ticks, etc. Tick species can vary widely depending on which part of the world you live in, so you should always do your research or ask your veterinarian about local species that are potential concerns for the health of your pet. Knowing more about these parasites can help you understand how to prevent a pet tick infestation from happening in the first place.

Why you need to prevent pet tick infestations

Tick bites and infestations aren’t just an annoyance. Even one or two tick bites puts your pet at risk of contracting a tick-borne disease, some of which can be very serious or even life threatening. These diseases include:

This is the most infamous tick-borne disease and for good reason. Lyme disease originates in a tiny bacterial organism, which lives inside of the tick. When a tick carrying this bacteria bites your pet, there’s a high chance of it being passed along. Lyme disease is most likely to affect dogs and humans, and the disease can be transmitted between the two.

Thankfully, it’s exceedingly rare for cats to contract lyme disease from a tick, but it’s still not impossible. Symptoms of lyme disease include lethargy, fever, long-lasting joint pain leading to lameness, loss of appetite, and fatigue. It can also lead to more serious issues, such as kidney or heart disease. Symptoms of lyme disease may also not present themselves for days or weeks after the initial tick-bite, making it more difficult to identify the problem.

Ehrlichiosis is a blood infection transmitted by a tick infected with a specific bacterial organism. The infected tick will bite another animal, passing the organism on and transmitting the disease. It’s most commonly seen in dogs and humans, and is very rarely seen in cats.

This disease moves through three stages, each becoming more severe, so it can be difficult to identify. However, it’s vital to diagnose and treat ehrlichiosis as early as possible in order to protect your pet. The symptoms of the disease’s first phase, known as the acute phase, include weight loss, swollen lymph nodes, spontaneous hemorrhaging or bleeding, respiratory issues, and fever. The disease can progress all the way to much more serious problems, including major bleeding episodes, anemia, excessive swelling in the limbs, lameness, and sight problems that can include total blindness.

Like with other tick-borne diseases, anaplasmosis is primarily a concern for dogs, but it can also be contracted in humans and cats. This disease can come in two forms, each affecting different parts of your pet’s blood. It’s important to know that an animal can have both types of the disease at the same time, so don’t rule out one if you notice signs of the other.

Granulocytic anaplasmosis is an infection of the white blood cells, which can lead to symptoms such as lameness, lethargy, and fever. In more serious cases, granulocytic anaplasmosis may cause diarrhea, vomiting, and coughing or other respiratory issues, but these symptoms are less common. This type of anaplasmosis can be very hard to identify, since many dogs who contract it only show vague symptoms, if any. However, if the disease is caught early enough, there’s normally a good prognosis for your pet.

The other type of anaplasmosis is known as infectious cyclic thrombocytopenia, which affects the platelets in your dog’s blood. Less is known about this disease, but it has been found in ticks and is thought to be transmitted to dogs via bites. Like the other type of anaplasmosis, symptoms of this disease can include loss of appetite, fever, and lethargy. Unlike the other form of the disease, however, this version can also cause bruising on your dog’s gums and abdomen, as well as nosebleeds. Thankfully, the prognosis for infectious cyclic thrombocytopenia is also usually good if caught early enough.

Rocky Mountain spotted fever, also known as RMSF, is a serious disease caused by yet another bacteria that lives inside of some ticks. The bacteria is passed via a tick bite, and can lead to serious symptoms including fever, lethargy, vomiting, diarrhea, lack of appetite, and in some cases, heart issues, pneumonia, kidney failure, liver damage, or serious neurological problems such as seizures and a general lack of coordination.

RMSF is primarily a concern for dogs and humans, but it is also sometimes seen in cats. If an animal successfully overcomes a RMSF infection, they’ll generally return to normal health and be immune to future infections. However, if the disease has progressed enough, it is more difficult to treat and may require your pet being hospitalized.

How to prevent tick-borne illnesses

Currently the only vaccine available for tick borne diseases is the Lyme Vaccine, however a proactive and preventive approach is needed to keep you and your pet safe. Furthermore, your dog can still bring ticks into your home, putting you, your family, and your other pets at risk. That’s why veterinarians recommend an ongoing treatment for overall pet tick prevention.

For most of the above diseases, the tick must be attached for at least a few hours, and sometimes up to one or two days in order to transmit the bacteria. This means that there are a few tick prevention treatments that can protect both you and your pet.

For dogs, many people choose a topical treatment that kills ticks and fleas on contact, meaning parasites don’t ever get the chance to bite your pet. This provides the best protection for your pet and minimizes the risk of them contracting a disease. You should never use flea or tick prevention medicine intended for dogs on your cat, since the chemicals in these treatments can sometimes be extremely harmful for felines. In general, always defer to your veterinarian’s advice when choosing a tick prevention treatment.

In addition to keeping up with medications to prevent infestation, you should regularly check any pets that spend time outdoors for tick bites. Most treatments aren’t one hundred percent effective, so you should get in the habit of thoroughly and regularly checking your pet. Ticks are attracted to warm, moist areas of the body, so pay special attention to these areas:

Do everything you can to minimize your pets’ exposure to ticks in the first place. Your veterinarian will be able to tell you which species of ticks are of the most concern in your area and what kinds of places you should avoid when with your pet.

If you’ve found a tick on your pet, you can remove it at home, or you can get your veterinarian to do it for you. Regardless of the option you choose, you should always take your pet into the vet for a full examination after finding a tick infestation or bite. Your veterinarian will perform urine and blood pathology tests, blood smear tests, and a full clinical exam to check for signs of any of the above tick-borne illnesses, which is vital in order to catch these diseases early and keep your pet safe.

Creative Commons Attribution: Permission is granted to repost this article in its entirety with credit to Hastings Veterinary Hospital and a clickable link back to this page. 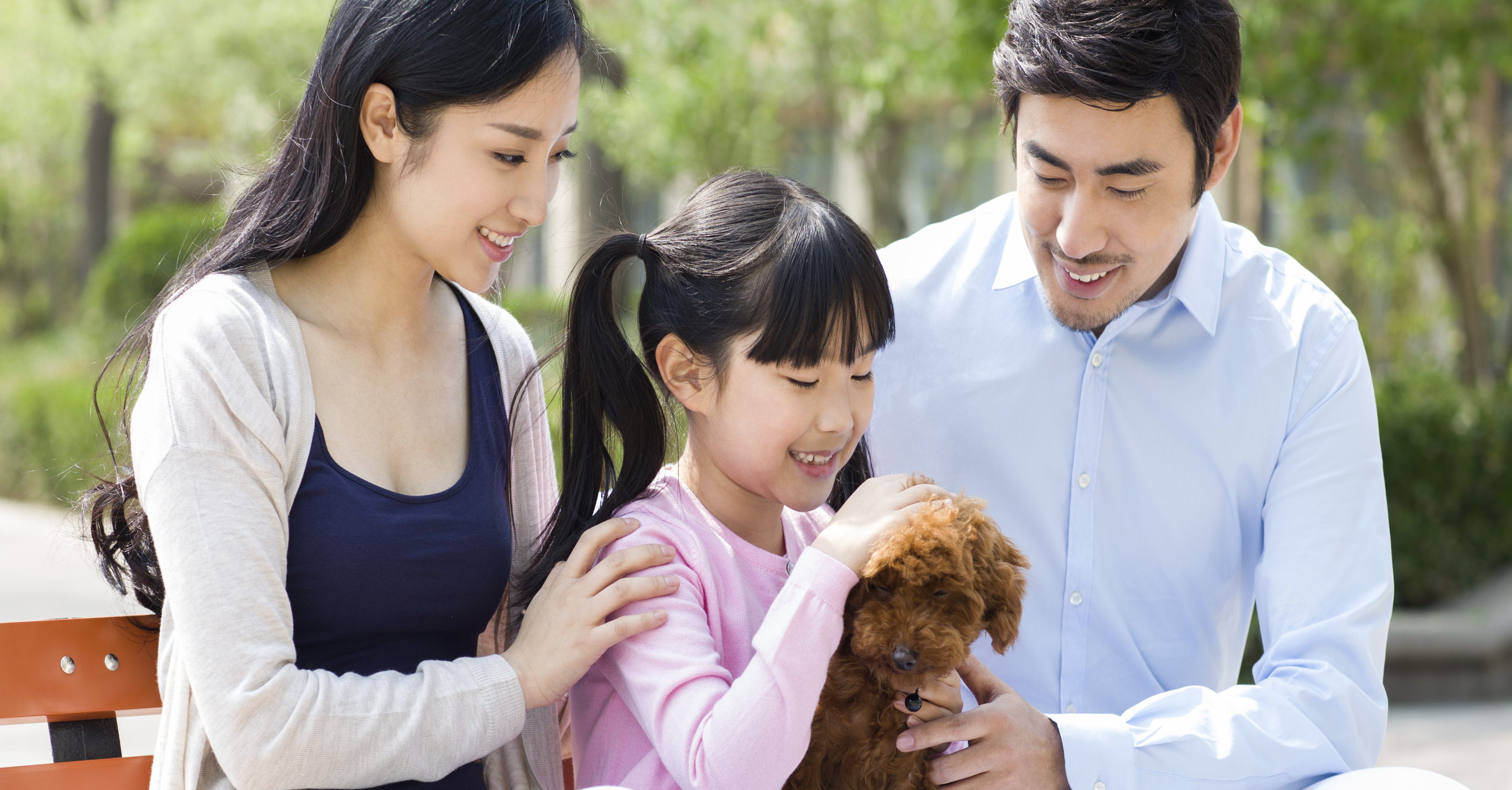 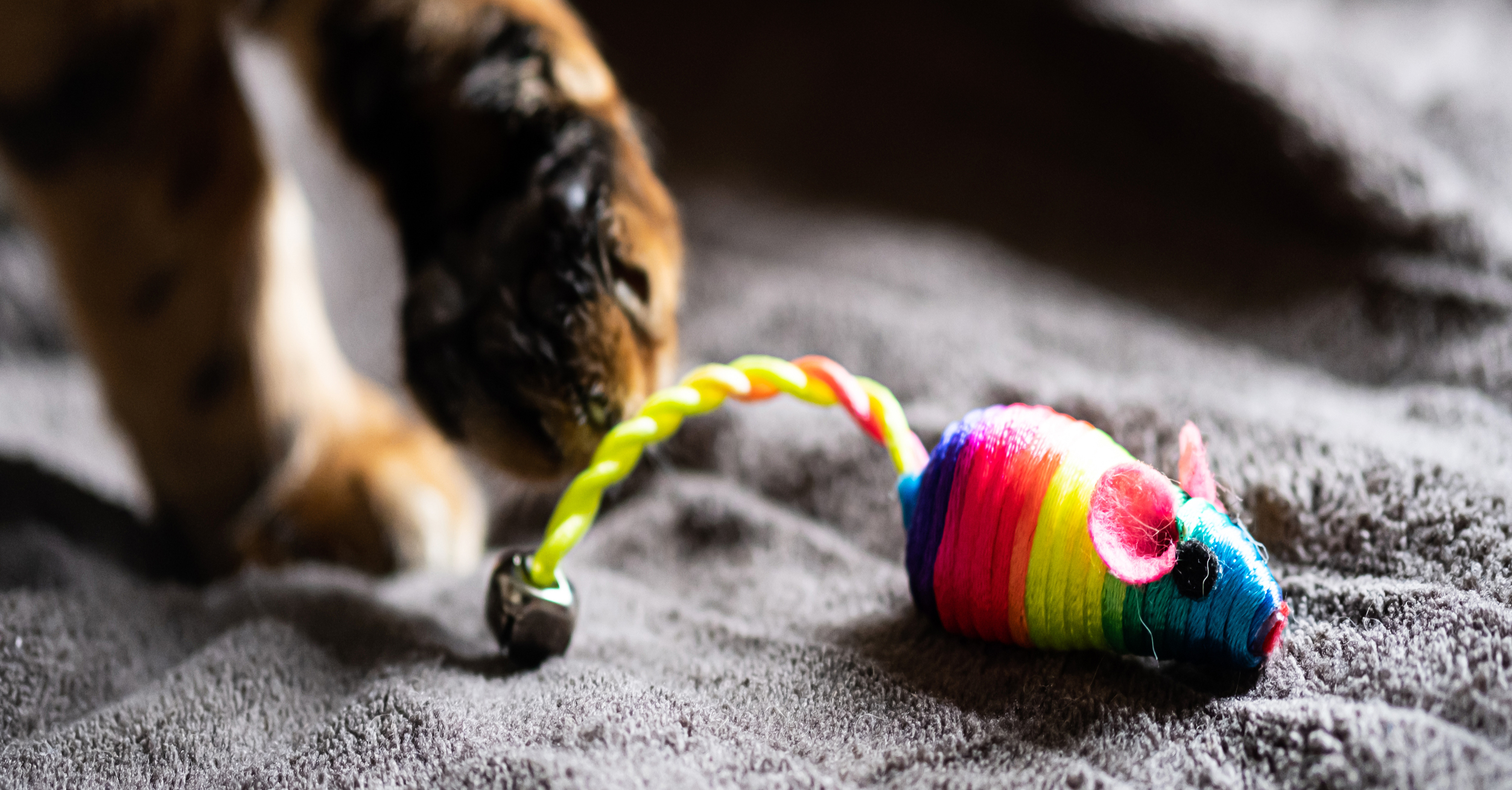 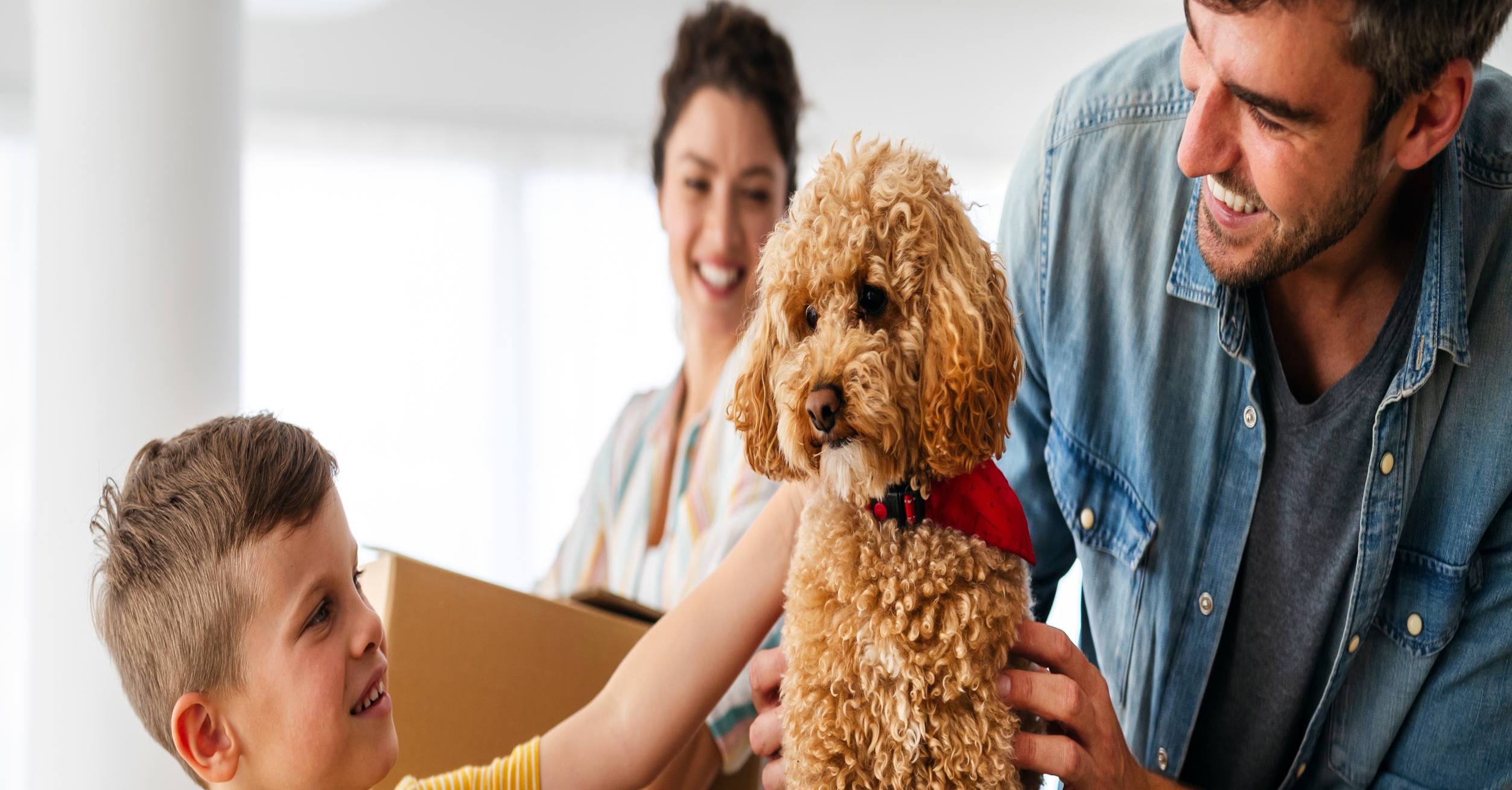 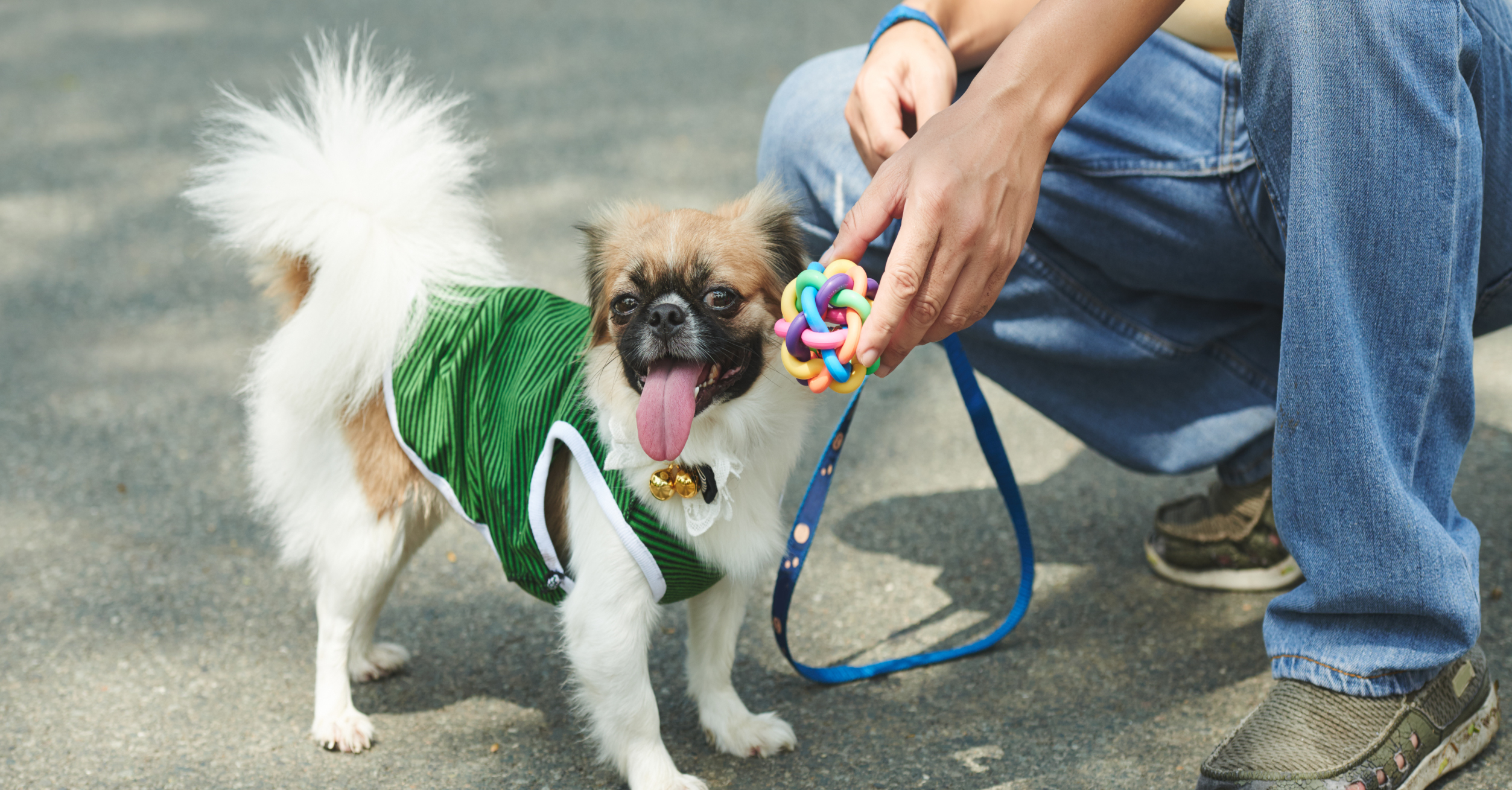 Fun Outdoor Games for Dogs (Try the Ones You Haven’t!)

Hastings Veterinary Hospital is located in Burnaby BC.

Please call or email us directly if you have any questions or require assistance.